品牌介绍
ABOUT US
Location：
Homepage
/
Profile

Shanghai Jinshan Cereals, Oils and Foodstuffs Co., LTD., founded in 1998, is located at No. 815, Jiugong Road, Jinshan Industrial Zone, Shanghai. In 2011, the company was rated as the leading enterprise of agricultural industrialization in Jinshan District, Shanghai. For more than ten years, the company has been committed to the primary processing of agricultural products with corn, rice, black rice and other agricultural products as raw materials, mainly producing corn flour, rice flour, black rice flour and a series of grain milling flour. In recent years, it has also achieved remarkable results in the field of deep processing of agricultural products. It has successively developed series of refined corn meal and refined rice meal, which are widely used in new leisure food such as "Potato wish" of Hao Liyou. At present, the company is the designated supplier of Pepsi Food (China) Co., LTD., and its main customers include well-known snack food enterprises such as Hao Li You Food, Guan Sheng Yuan Food, And Wei Hao Mei. The company has also developed a new corn noodle with 90% corn and no additives, which will become a popular green food in today's environment where whole-grain healthy diet is increasingly advocated.

Company engaged in agricultural products processing, for more than a decade for food safety, the quality of the product time priority, "the food to Ann first" as the company's core policy, hoping to build "three hearts" project, the enterprise production by conscience, customer use to rest assured, people eat more at ease, the product quality as the life of the company, the "three heart engineering" as the aim of the company!

To ensure the quality of the company's products, controlling the source of raw materials has become a top priority.

In November 2008, with the recommendation of The Merchants Bureau of Wuhe County, Anhui Province, the company learned about the planting and growth of corn and other crops in Wuhe Area, and then discussed with the Agricultural Committee of Wuhe County about the establishment of a corn planting base in Dongliuji Town of Wuhe County and how to scientifically plant corn and other specific matters. In March 2012, under the promotion of Wuhe County Agricultural Committee, the company set up an experimental field of 70 mu corn in Dongliuji Town to select non-GMO corn varieties with good quality, high yield and suitable for our production. The experimental maize varieties were: Yuanyu # 66, Zhengdan 958, Suyu # 20, Suyu # 29, etc. In this year, the corn grew well, and the yield per mu exceeded 1100 jin, which was also recognized by wuhe Agricultural Commission and local farmers. Our company tested the planted corn, and the agricultural residues and other projects all met the national standards. In addition, we sent the corn to Shanghai Commodity Inspection Bureau for gm testing to ensure that the selected variety was non-GM corn. Through the cultivation of 70 mu of experimental fields, our company confirmed that Wuhe area is suitable for corn cultivation of the corn varieties we need.

Through the unremitting efforts of recent years and rural leaders and leaders of foam at the mouth industrial park's strong support, the company has been in March 2014 in bengbu anhui huai area on foam foam hekou town river industrial park set up in anhui kanasugi grain and oil food manufacturing co., LTD., and in the same year in November in foam at the mouth bought 26.6 acres of industrial land, industrial park has built a food production standard workshop of 6053 square meters with 4230 square special grain reserve warehouse, has been formally put into production in September 2017, corn for nearly a month in 2000 tons, the annual amount of corn will reach 25000 tons.

As anhui kanasugi grain and oil food manufacturing co., LTD is completed and put into production, kanasugi cereals, oils and opened a new chapter in the agricultural industry integration goals, down-to-earth company set up corn planting base in anhui area, establishing production base of corn processing in the industrial park of foam at the mouth, depending on the area, zhonggu town, technical support of agricultural technology promotion center, the corn raw material quality control from the source, to achieve the industrialization of agriculture and be in harmony are an organic whole, make the company's corn product quality more on a stage. 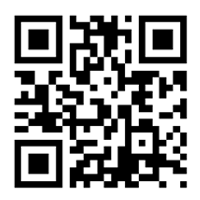